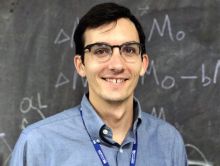 Abstract: Herein we present a novel paradigm of evolutionary cancer therapy based on the “anti-fragility” of the drug dose-response function. Anti-fragility is a situation where the curvature of the dose-response function is convex, mathematically defined as a positive second derivative. This positive curvature is associated with benefits from increased variance or unevenness of a treatment schedule. For example, if the curvature is positive near a dose of ‘x’, continuous administration of x may have a less efficacious response compared to a regimen that switches equally between 120% of x and 80% of x, even though both regimens use the same total drug. Although dose-response data is readily available, such second-order effects are typically ignored. Nonlinear sigmoidal dose-response curves are ubiquitous in medicine and have both convex and concave regions. Selection pressure due to treatment selects for resistant phenotypes over time. In response, the magnitude of dose response curvature and the convex-concave inflection point both decrease in value. The key insight is that dose-response convexity (“anti-fragility”) decreases in proportion to the amount of resistance in the tumor population. This insight is confirmed through in vivo testing of even and uneven treatment schedules of ALK inhibitors. Antifragility provides a time-dependent metric which 1) predicts the emergence of resistance and 2) determines the optimal subsequent dosing strategy. We end by discussing the implications for adaptive therapy and cell-cell competition or cooperation between sensitive and resistant subpopulations.